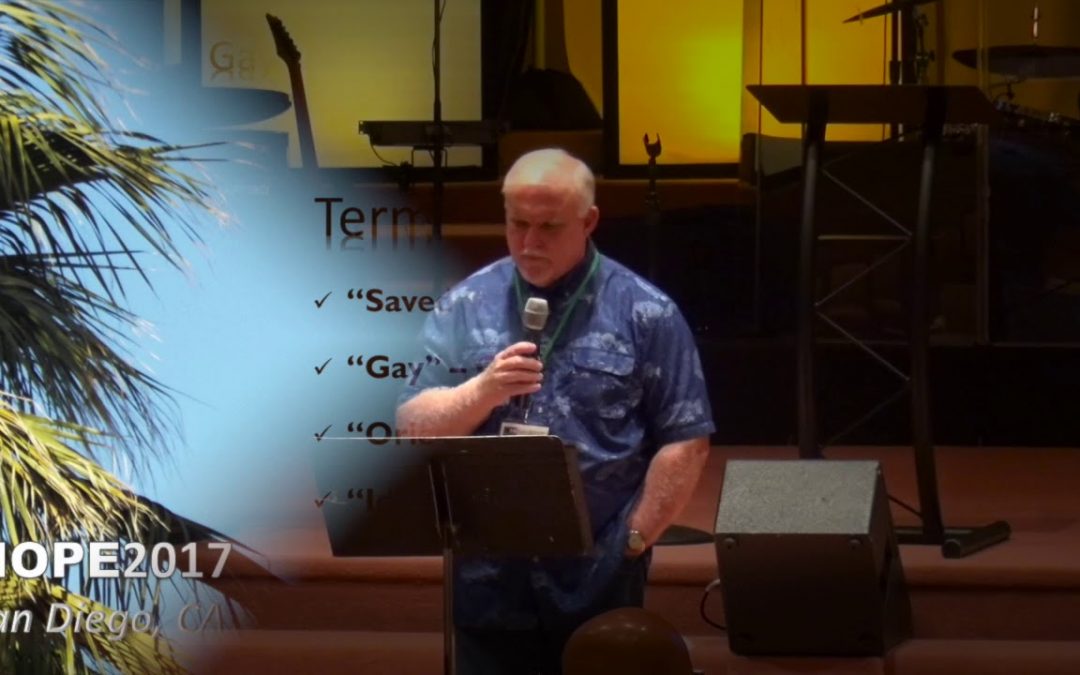 During Joe’s journey, The Universal Fellowship of Metropolitan Community Churches was one of the first organizations that claimed both a Christian base and a pro-gay base and where he heard the pro-gay interpretation of scripture for the first time.  He was confronted with men and women of all ages and all types who identified as Gay Christians.  If you haven’t already, you will meet someone who says “I love Jesus, I have been born again, I believe the Bible is the word of God and I’m openly gay or I’m openly lesbian and God is fine with my lifestyle”.  Joe’s in-depth teaching will better equip you to dialogue with people holding this position.

Joe begins with these terms and concepts to help us better understand and follow along with his discussion:

Many people believe that if you are born again you will no longer have same sex attractions and desires.  They often refer to the apostle Paul stating that “if any man is in Christ he is a new creation old things are passed away and all things become new” (2 Cor 5:17).  While we do become new creations, the Bible also states that we will experience a struggle between the flesh and the spirit.

Joe puts it this way, “When someone tells me well I tried to pray the gay away and it didn’t happen. I would say who on Earth told you that was going to happen?  All of us have sinful desires of the flesh sometimes we are completely relieved of those desires at other times we are allowed to still wrestle those desires. As time goes on they may diminish and other times they stay and at all times we are still told to crucify the flesh walk in the spirit and not live under the power of any particular sin.”