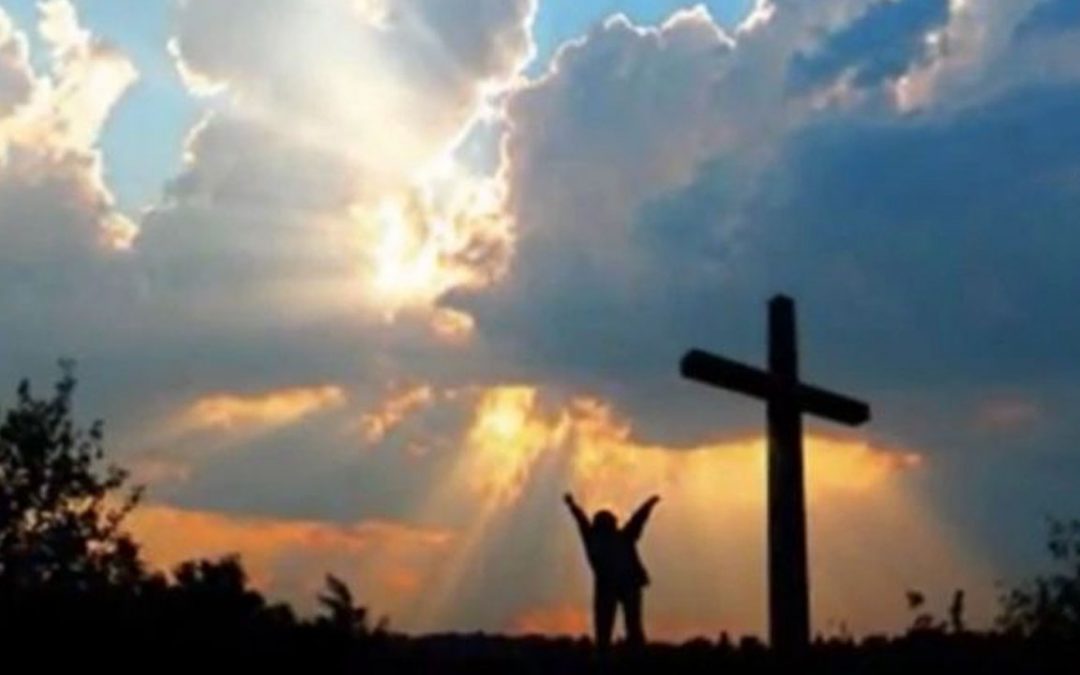 God surrenders to man’s sin and death in order to vanquish his sin and death. Forever. Today and for as long as we live on earth, Jesus desires that our lives declare that truth. He is reunited with the Father! He lives to intercede for us! He pours out His Spirit upon us continuously, and provokes us with the fruit of His suffering–the expansive, generous, inclusive union He now shares with His Father: Raised Son and Proud Papa! We are invited into His reunion—Jesus our brother, God our Father, the Spirit uniting us and making us fully alive. He did not suffer in vain. He is satisfied to the extent that our lives declare this union of Life!

My friend Jonathan Hunter gets this. Raised from the dead of homosexual sin, drug addiction, and the HIV virus (before effective treatment existed), Hunter discovered how Jesus gives us a new lease on life, regardless of one’s ‘prognosis.’ He grew up with a familiar mindset of darkness and impending dread. In Christ, Jonathan discovered that this ‘spirit of death’ need not master him anymore. The Risen Christ is the ultimate grave robber! Jesus has broken death’s grip on Jonathan and all who wrestle with despair. Forever. ‘By His death, Jesus destroyed him who holds the power of death—the devil—and freed those who all their lives were held in slavery by fear of death’ (Heb. 2: 14, 15).

While we were in transit at the Geneva Airport, Jonathan received a vision of Jesus routing Satan by storming the gates of hell and bringing with Him a host of people who had been trapped by death in underground caverns. Liberated, these former captives lived to declare the power of what He won for them! Hunter understands better than anyone that Jesus stormed the gates of hell in order to get us out of there. Is this what Matthew meant when he wrote that at Jesus’ death ‘the tombs broke open and the bodies of many holy people were raised to life…after the resurrection, they appeared to many people’(Matt. 27:52, 53)?

Jesus appears today through an empowered, radiant people free from the spirit of death. My friend Daniel Delgado lived under death’s shadow through a mentally ill, suicidal mother; he escaped into homosexual and transgender fantasy. While identifying as a woman and participating in drag shows, he witnessed a culture of death as friends died young, tragically. That spirit of death hunted down Daniel but Jesus’ Spirit was stronger. Jesus met him through engaging Christians who helped rescue Daniel from an early eternal death.

Today Daniel lives to make Jesus known. He recently had the privilege of ministering to a teenager intent on becoming a woman and unraveling in every way. Daniel emboldened him with the truth of how Jesus saved him—granting him union with the Father and the gift of his own identity as a son. He asked the young man if he wanted that love and that freedom. In light of Love, the young man saw his deception and cried out for mercy. Jesus gave it. He did not suffer in vain. He lives, and is satisfied by us who live to declare eternal Life.