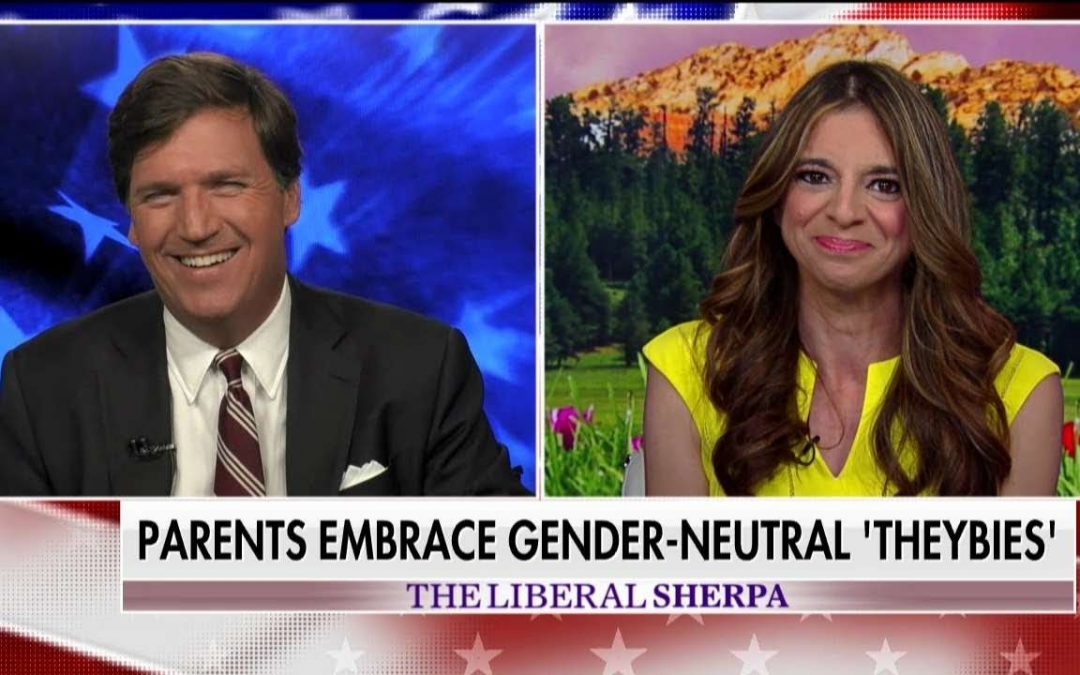 Watch the clip from the Tucker Carlson Show below.

This is Mark. I heard about this a couple of weeks ago and just watched the video clip today. I can’t help but think of Romans 2:5 – But because of your stubbornness and your unrepentant heart, you are storing up wrath against yourself for the day of God’s wrath, when his righteous judgment will be revealed.

It’s not just the incredulity that this evil belief and philosophy are being promoted in our society, but the horror and damage that’s being inflicted upon innocent children who later grow into hurting adults. I’m not disparaging anyone suffering from gender dysphoria. In fact, I can empathize with them. I had no idea that I carried a similar belief about myself until I was 48 years old and, even then, it was only after Jesus revealed it to me. That lie was sown when I was sexually assaulted as a small boy and it was one of the variables leading to my same sex attractions. Talk about a stumbling block!

On September 29, 2018 we will have our Amazing Love Event. Almost 40 Christians from across the country will share their testimonies of being transformed out of gender dysphoria, transgender, homosexuality, sexual abuse and addiction, pornography, child sex trafficking and prostitution.

Please join us in praying for these courageous souls who are willing to step out in faith at this time in human history. May God richly bless them for their obedience! Isaiah 1:18-19 – Come now, let us settle the matter, says the Lord. Though your sins are like scarlet, they shall be as white as snow; though they are red as crimson, they shall be like wool. If you are willing and obedient, you will eat the good things of the land.